Joe has over 20 years of life insurance underwriting and leadership skills and brings that experience to Elevation.

Joe began his career with Minnesota Life back in 1995, underwriting both Life and Disability Insurance.  He joined ING in Denver, CO in 2000, where he worked in the brokerage marketplace, underwriting older-age individuals with multiple medical impairments.

In 2006, Joe was lured out to San Diego, CA to work directly for a BGA, as their in-house Underwriter.  He earned experience working with multiple carriers and underwriting life cases as well as cases identified for life settlement.  Joe had the opportunity to work directly with 21st Services, AVS, Fasano and AUS and learn how to assess Life Expectancy Reports.

In 2010, Joe joined Crump Life Insurance Services, one of the largest Brokerage General Agencies in the US.  He worked on their Institutional Accounts platform, eventually managing a team of Underwriters servicing 17 National Accounts.  Joe also served as a consultant to Crump’s Life Settlement division until it was sold off in 2013.   He continued to grow and develop relationships with over 15 major Life Insurance companies and facilitated the sales process.   Joe was also responsible for the training and development of several junior level Underwriters.   He served as an Editor for the LOMA 371 – Underwriting textbook in 2013.

Joe earned a B.S in Finance/Mathematics from the University of Wisconsin – La Crosse in 1993 and earned his FALU designation in 2009. 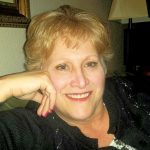 She began her career as a high school business educator, and has acquired business management experience in a variety of industries including oil and gas, telecommunications, and engineering consulting, as well as some other rather unusual fields. Life expectancy and underwriting is her latest learning opportunity. 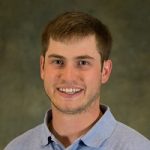 Mitch began his underwriting career in 2014 with Examination Management Services (EMSI), where he focused on Life and Health underwriting (middle market and senior risk). He was a part of EMSI’s underwriting training pilot program which included a twelve week course developed and instructed by the foremost expert in mortality risk underwriting and industry veteran, Hank George of HGI Inc. and began the process of training on  APS summarization. Mitch received high honors at the completion of training.

In 2015, Mitch was given additional training opportunities and relocated to Omaha, Nebraska where he continued to further his knowledge and experience. There he received his EMSI Jr. Underwriting Level 1 Certificate. Mitch also completed the Dean Vaughn Medical Terminology course and underwent extensive training on pharmacy data reporting and associated risk analysis.  Mitch was promoted into an underwriting position with United Health Care (UHC). During this time, he gained experience with telephone interview processes and health care underwriting on senior risks.